Let’s be honest, gaming with satellite Internet isn’t the best experience and usually, with many providers, it can be completely out of the question. While the limitations of satellite Internet means we wouldn’t recommend trying to play games, there are some things you can potentially play to get your fix and some tips on getting the best experience. 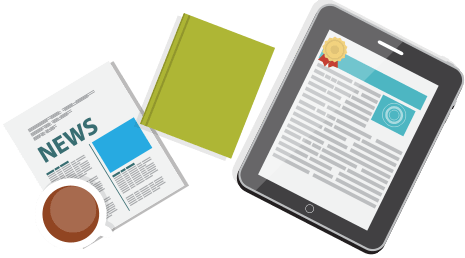 What makes satellite Internet a bad choice for serious gaming?

The latency – the most important factor affecting your connection with the gaming server – is rather high with satellite Internet. The data is another limiting factor, as many games tend to use quite a lot of it.

HughesNet Gen5 does bring better speeds and more data for various service plans, but is Gen5 from HughesNet good enough to actually have a quality gaming experience when playing online games?

Well, for starters, HughesNet Gen5 allows you to download and update all of your games thanks to the Bonus Zone that gives you an extra 50GB data at no additional cost. This helps a lot with the download restrictions.

But the question remains: are those games actually playable? And it all comes down to the type.

If the games you want to play are highly dependent on latency and ping, you’ll have a hard time enjoying them. If they don’t, however, you may have fewer issues when playing. 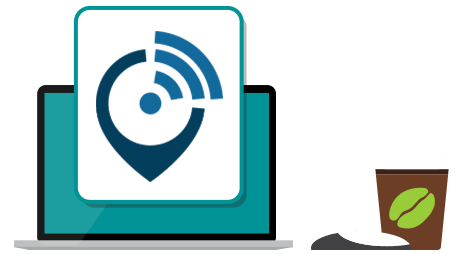 Why are latency and ping so important?

Most gamers prefer to have 30 to 50ms for fast-paced, real-time games, but anything up to 100ms is still acceptable as long as it’s constant. Satellite Internet, however, has an average latency between 500ms and 800ms which is less than ideal.

Ping, on the other hand, is often used synonymously with latency, but it’s not the same.

Ping is the measurement of how long it takes to get a response for a signal sent out from your device to another device on the server. So you’re not measuring the response from the server, but another device – usually another player. If they have a lower value ping, their responses to your actions will be faster than your responses to theirs. This is because they will see your actions before you see theirs since your delay is bigger.

Satellite Internet often struggles with keeping the latency and ping values low enough levels to support fast-paced, real-time games. There are other games you can try, so let’s look at the gaming options you have with HughesNet Gen5 as well as those to avoid. 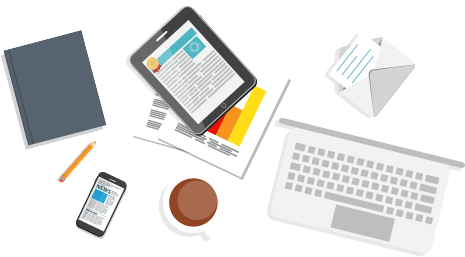 What games can I play on HughesNet?

You’re likely to be able to play most role-playing games (RPG), turn-based games, and strategy games. Casual games like those available on Facebook or browser games should perform well too. 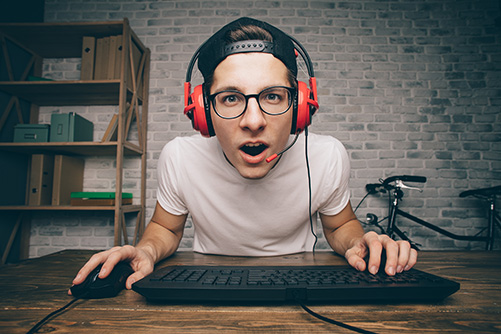 Most strategy games don’t depend heavily on your latency and ping to be playable, and many of them are turn-based too, so it won’t matter much what your latency is since you don’t have to do any moves in real-time. Some popular games you can play on HughesNet Gen5 are: 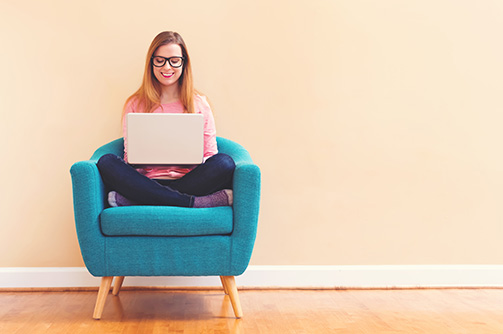 We’ve still included the Massively Multiplayer Online Role-Playing Games (MMORPGs) here because while affected by ping and latency, the sheer number of things you can do in them and ways to play them mean you have options.

If you like doing things slowly and on your own like focusing on storylines and questing, you shouldn’t have any issues with playing them. Other things – like joining group activities such as 5-man dungeons or 20-man raids, group grinds or big world events where lots of players are gathered at the same time – satellite will give you poor performance, and will likely be unplayable. Here are our picks: 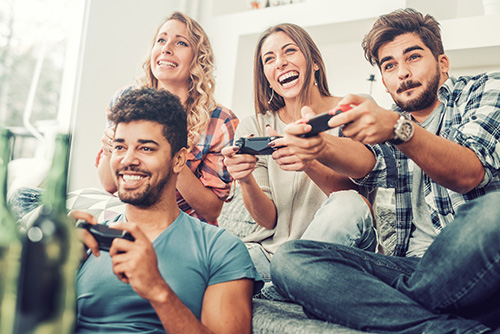 Exploring the world and stories while battling enemies is what makes the action-adventure genre so popular. You should be able to get good performance from these games, as long as you stick to single-player and avoid the multiplayer component because of latency. Here are some favorites that should be playable: 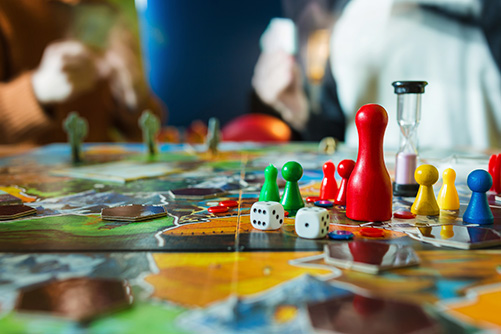 Generally, people love RPGs because they have such interesting and elaborate storylines. You’ll be happy to know that they can be played with HughesNet without experiencing performance issues in-game. Here are some of the various RPGs you can enjoy playing: 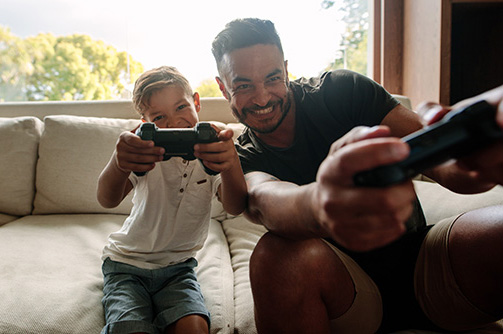 This genre is actually dependent on latency, but many gamers report that have found they can still get a decent performance on satellite Internet because the latency doesn’t seem to be a ‘game-breaker’. Still, we advise caution if you plan to join groups and try out multiplayer. Here’s some games you can try: 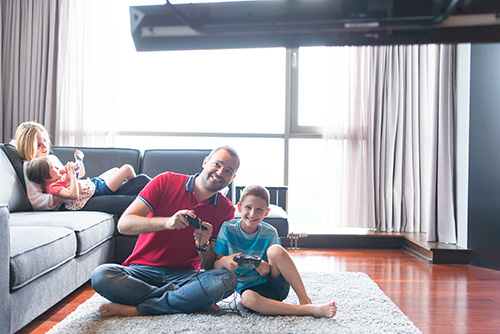 Turn-based card games are popular among gamers because you can play them on most platforms, so they are a good choice if you want to take a break. Here are three that you can easily play with a satellite Internet connection: 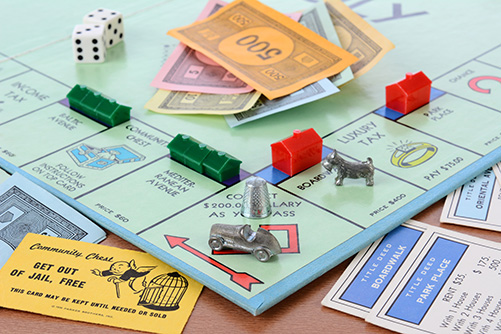 Tabletop games have moved to the digital realm too, and you can easily play any of them with a satellite Internet connection. There are lots of tabletop game genres available, and most of the games you can find in the real world can also be found online, including super-popular party pleasers like Scrabble and Uno. Here are a few options that work well: 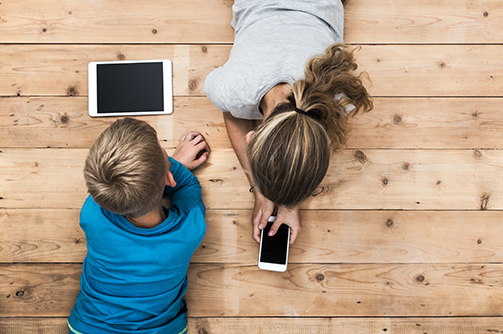 The list truly wouldn’t be complete without mentioning Facebook and browser games in general. Facebook games are the go-to option for many casual gamers and let’s face it, hardcore gamers enjoy some of these too. The following are the most popular options if you’re playing on satellite Internet:

Which games are not recommended?

As we’ve mentioned, any game that requires fast reflexes and actions requires low ping and latency values. This means that any type of sports game, first-person shooters, real-time strategy games, and online battle arenas will be a bad experience on satellite Internet. Here’s a list of games that you should avoid playing on satellite Internet:

Will there ever come a time when satellite Internet is good enough for real-time games?

Potentially, yes. Low Earth Orbit (LEO) Satellites would provide a good solution to the latency issue because you can (hopefully) get ping under 150ms which gives you more of a chance. That said, If you’re an avid gamer and love to play games like these, try looking an alternative to satellite Internet. Cable and fiber are still your best bet.

Maximize Your Data With Bonus Zones

Playing games usually won’t tax your data heavily, but updating and downloading games will. Some games are quite heavy and will easily use up over 20GB of data! This includes games on all platforms – Playstation 4, Xbox One X, Nintendo Switch, iOS and Android.

This is why you should keep downloading new content, patches, DLCs and anything else reserved for the Bonus Zone when you can tap into an extra 50GB of data each month as long as you download between 2 AM and 8 AM your local time.

Even if you play lots of games, this should be enough for regular updates. This gives HughesNet a big advantage over other satellite providers, as you will keep your regular data reserved for other stuff, like streaming music or movies. 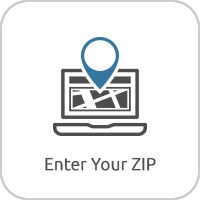 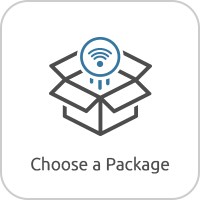 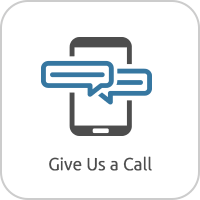